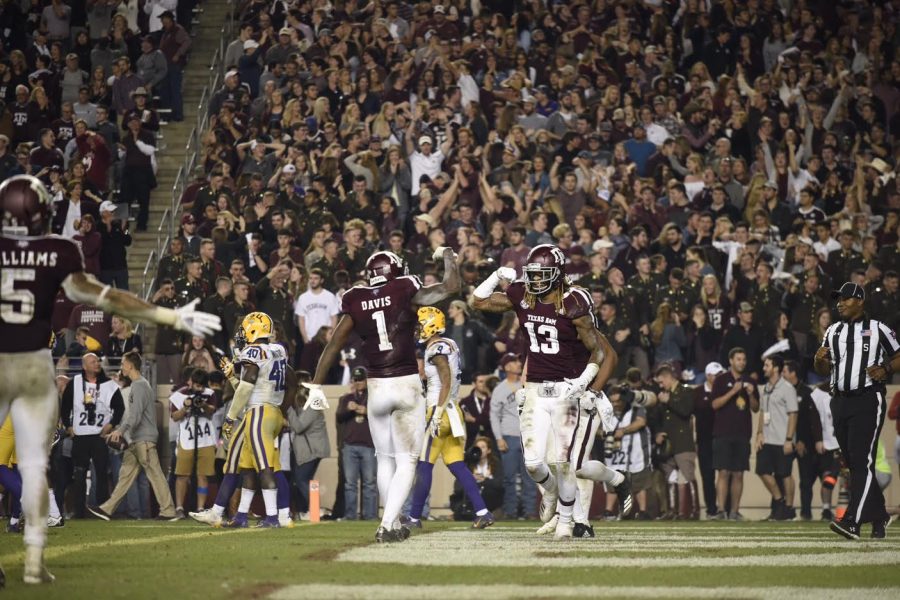 Kendrick Rodgers and Quartney Davis celebrate in the endzone

The Future is Maroon and White

Texas A&M Football has not been able to finish their season off strong, that is until Jimbo Fisher had something to say about it. The Aggie’s finished off their season with a 9-4 record, a bowl win, and an end of season ranking of #16 in the nation.

Sadly, the Aggie’s will be without 16 seniors, and a few players who declared for the draft, Trayveon Williams, Jace Sternberger, and Tyrel Dodson. These men brought an extreme level of talent and leadership to The 12th Man.

No doubt, the team is losing some key players but the future is bright due to the fact of how many great athletes are making their way to College Station.

The Texas A&M recruiting class of 2019 is currently ranked #3 in the nation, which is extremely beneficial for the maroon and white. The Aggie’s will be adding 25 commits, including two 5 stars and also 14, 4 stars.

With these incoming recruits and the returning Aggie’s, the coming season will be a  bright one for Texas A&M, and here are a few reasons why:

While, these are just a few factors that will create A&M as a successful football team in 2019, there are many more reasons why the Aggie’s will be at the top of their game for next season.

Take my words, you will be seeing the maroon and white in sport headlines for quite some time, in the near future.