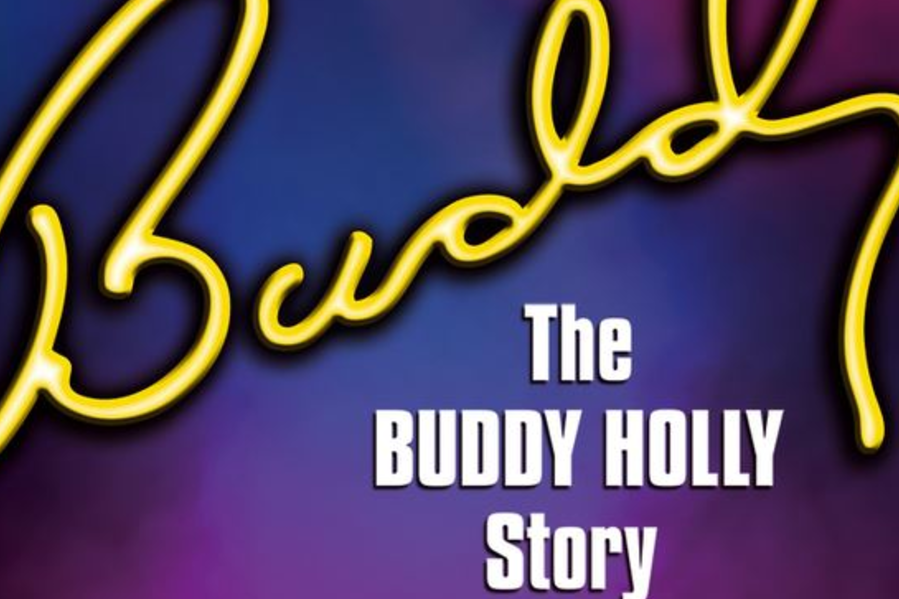 The original poster for The Buddy Holly Story

The Show Must Go On

Behind the Scenes of the Buddy Holly Story

The Cy Woods Theatre Company opened The Buddy Holly Story on September 15th, the same week school began. The cast and crew endured seemingly endless rehearsals and persevered through time crunches in hopes of opening their show on time.

Auditions for The Buddy Holly Story started back in May of 2017. The last week of the 2016-2017 school the Cy Woods Theatre Company held auditions for the musicians and main cast. They took most of the summer off but started work back in early August to get ready for opening night on September 15th. Most days actors and tech were called at nine in the morning and worked until three or four in the afternoon.

When Hurricane Harvey hit, their rehearsals were put on pause. A few of the band and orchestra members managed to get together and practice as much as possible during the weeks off–the show must go on after all. However, the crew as a whole lost valuable rehearsal time due to the storm. Despite that, in true theatre spirit, this didn’t stop them from opening their show on time. When school came back in full swing, they stayed after school and had dress rehearsals every day leading up to the show; most days students didn’t get home until seven or eight thirty.

The crew was short staffed tech wise as well. The first day of school they had to recruit two members to work the spotlights. The spotters had to learn all the cues for the show in less than a week and had to make some changes, cutting a few cues. The directors and crew weren’t sure if they would be able to open on time, but in the end, all of the hard work of the cast, crew and directors paid off and the Cy Woods Theatre Company was able to put on a successful first show to kick off their year.