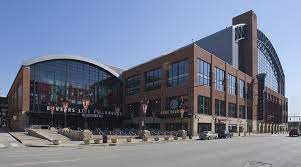 March Madness: A tale of underdogs and Cinderella stories

Why it makes March Madness magical

The NCAA Men’s Basketball Tournament, better known as March Madness, or the Big Dance, is probably the most captivating college sports tournament around. Happening every March and April, the Tournament encompasses 64 college basketball teams playing for a spot in the coveted Final Four. Throughout the tournament’s history, it has become increasingly known for its common upsets and Cinderella stories of higher seeded teams against lower seeded teams. So, why are there always upsets in March Madness?

If you have watched the Tournament this year, you probably already know that many notable upsets have already occurred, and this is before the Sweet Sixteen. Oregon State, Ohio, Rutgers, Syracuse, UCLA, North Texas, Loyola, and the most notable, Oral Roberts, have all had huge upsets over higher ranked teams. 2021 has even gone down in Tournament history as the year with the most upsets. Other notable upsets from past years include Florida Gulf Coast University in 2013, which made a run to the Sweet Sixteen as a 15 seed, UMBC over Virginia as the 16 seed in 2018, and Davidson over Georgetown in 2008 as a 10 seed. These are a lot of upsets, right? Well, there are some factors as to why this is the case.

The main reason why there are so many upsets is because March Madness is a single-elimination tournament. This means that it is win or go home, which pretty much every team participating in the Tournament takes seriously. For the lower seeded teams, they have pretty much nothing to lose, which is why they go all out and they upset the higher ranked team. Another reason is because of simple sports psychology. Because of the fervor that comes with March Madness and the reputation for upsets, players, especially those playing on the higher seeded team, face tremendous pressure when playing so they don’t become the team that got defeated when they were expected to win. This pressure can be so much that it can impact the team’s performance, which could ultimately lead to an upset.

All in all, the NCAA March Madness Tournament is simply built for upsets. Because of the factors that impact the games, there is no question as to why upsets are so common during March Madness.