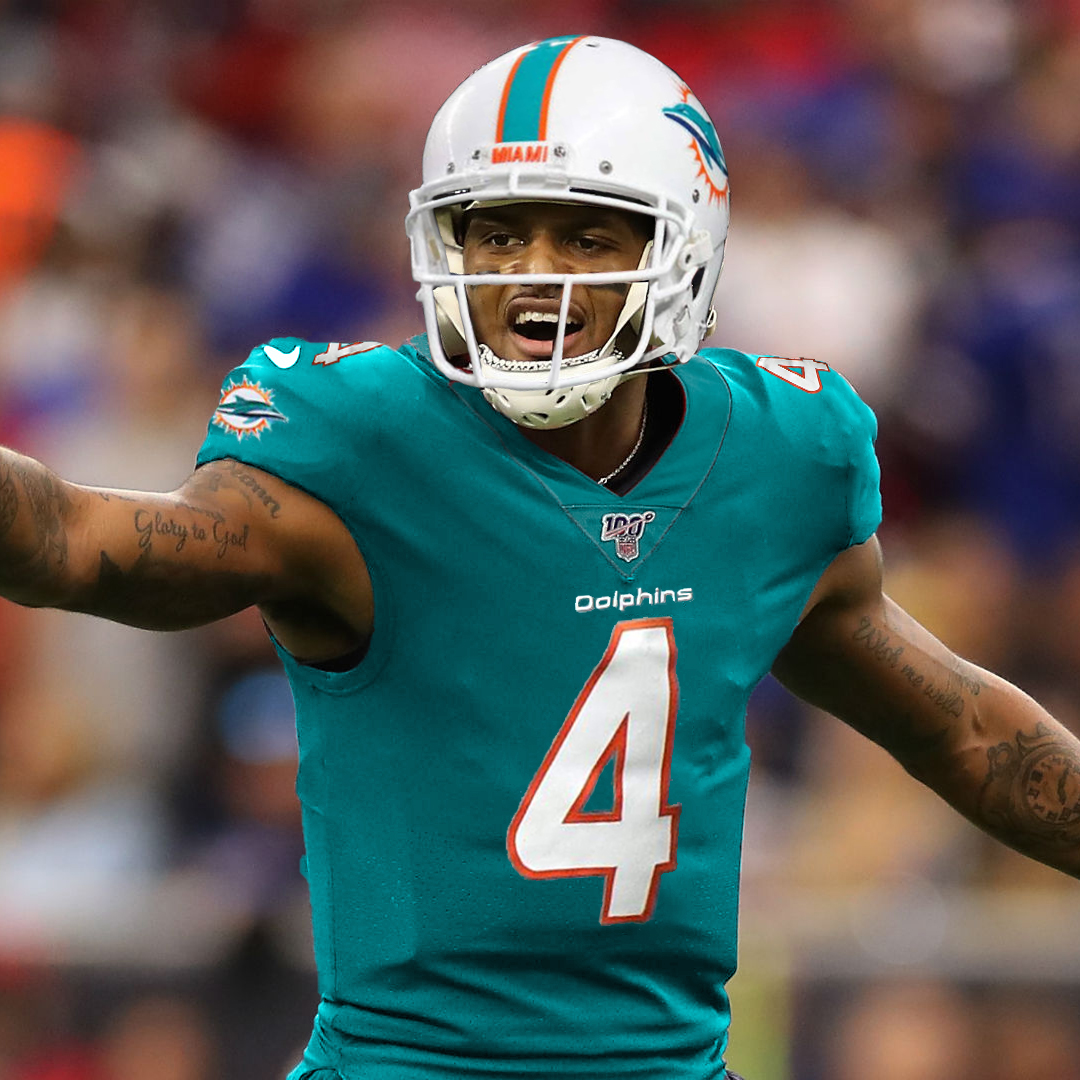 The 2021 season is bound to look a lot different than the 2020 season. With a few quarterbacks retiring and a whole new set of quarterbacks coming in, teams are set to change this offseason, some for the better and some possibly for the worst.

The American Football Conference is a strong division with a lot of strong potential moves.

The AFC North was the best division in football in 2020. Pittsburgh’s 2021 will not be the same as 2020. With big names like JuJu Smith-Schuster and Ben Roethlisburger leaving most likely to free agency and retirement, the team will look a lot different. They’ll sign the third Watt brother, JJ, but that’s the only notable pick up for them which will lead to an under .500 season. Cleveland had a huge 2020, finally making the playoffs again, and 2021 will look similar. Beckham Jr will return and the Browns will sign wideout Kenny Golladay to fill in the slot next to Jarvis Landry. Cincinnati will have a solid season. Joe Burrow will come back and win comeback player of the year due to the Bengals drafting offensive lineman Penei Sewell from Oregon for extra protection. Burrow will be the Burrow everyone wants him to be. As for Baltimore, in 2021 Lamar Jackson will drift even further from his MVP form he was in 2019. The Ravens will have a decent year, but they won’t be the same juggernaut they once were.

The AFC West is boring, but still interesting. Struggling quarterback Carson Wentz will be traded to the Denver Broncos in exchange for a second round draft pick and some cash to compensate for his contract. He still won’t succeed though, and will be ultimately benched for Drew Lock solely after a few weeks. The Las Vegas Raiders rookie receiver Henry Ruggs will have a huge sophomore season and will be a nice help to Derek Carr to place them in an AFC wildcard spot. The Los Angeles Chargers will have another mediocre year as the rookie-of-the-year-to-be Justin Herbert will ball out again, but because of the inability to get a team for him, they won’t perform at a good enough level to go anywhere. The Chiefs are the Chiefs. That’s all you really need to know. Patrick Mahomes will throw and Tyreek Hill will run. Enough Said.

The AFC East will be fun to watch this year. Miami will have a star quarterback in Deshaun Watson to go along with free agent pick up Juju Smith-Schuster. If Miami’s Xavien Howard can have another stellar year in 2021, they’ll be a strong division contender. The Buffalo Bills will have another outstanding season as Josh Allen once more puts up MVP numbers slinging the ball downfield to 2021 MVP finalist Stefon Diggs. The Patriots will have a bounce back season from the Cam Newton year, drafting quarterback Mac Jones out of Alabama, letting Bill Belichick do his thing. They’ll finish above .500 but will still miss the postseason once again. The New York Jets will do New York Jets things, and that’s just continue to be absolutely terrible. They’ll draft Justin Fields but still won’t accomplish anything. Sam Darnold will be traded somewhere like Carolina where his career will be attempted to be revived.

The AFC South is nothing special, but special deals will be made. The Jacksonville Jaguars are set to take Clemson quarterback Trevor Lawrence, which will spark sluggish and boring offense, plus with former Ohio State head coach Urban Meyer appearing to look for a NFL job, the Jaguars might just see some light at the end of the tunnel. The Indianapolis Colts are losing Philip Rivers this off-season to retirement, so they’re going to take Florida quarterback Kyle Trask in the draft to try and get a young arm they desperately need. The Houston Texans will make the biggest moves; however, as they’ll trade star quarterback Deshaun Watson to Miami for quarterback Tua Tagovailoa as well as their first round picks for the 2021 and 2022 draft. The Tennessee Titans won’t do much taking a wideout in the draft and have a very unproductive off-season.

The National Football Conference is just another situation all in itself.

The NFC East nobody cared about in 2020, but things might change in 2021. The Dallas Cowboys have the capability to return to the top of the East with the return of Dak Prescott, but the quarterback simply won’t be the same after the ankle injury. Every cent of his contract will be wasted. The Philadelphia Eagles, who were champions only three years ago, are soon to be back on the rise. With a rising Jalen Hurts and a sixth overall pick in the draft to get Heisman winner Devonta Smith, they’ll be on top of the division very soon. The New York Giants need to move on from Daniel Jones. They’ll try again with Jones but will miss the playoffs one more time in the final year of their rebuild. Saquon Barkley will come back destroying the league and finishing second in comeback player of the year to Joe Burrow. The Washington football team will come away with the division, as Chase Young will go off once more and quarterback Taylor Heinicke will break out after having a big game in the 2020 NFC wildcard round.

The NFC West has always been a top division in football, but that’s soon to change. The San Francisco 49ers will let Richard Sherman walk in free agency and bench quarterback Jimmy Garoppolo for rookie quarterback Trey Lance who they’ll select in the draft. They fall to the bottom of the division once more. The Los Angeles Rams will have a fall off year in 2021 after making the playoffs in 2020, Jared Goff will continue to struggle and defensive icons Aaron Donald and Jalen Ramsey will provide, but it won’t be enough to provide for the offensive failures. The Seattle Seahawks will have a season worth a wildcard spot. After falling off from MVP in 2020, Russell Wilson will come back and grab the prize in 2021, with DK Metcalf and Tyler Lockett will help propel the quarterback to a great season. The Arizona Cardinals will lose two games max. After proving themselves in 2021, the offense led by Kyler Murray and Deandre Hopkins will take the NFL by storm, being the team to beat across the NFL in 2021.

The NFC North in 2020 was predominantly led by Green Bay and it seems to be looking the same in 2021. Aaron Rodgers and Devante Adams will return to themselves in 2021. Even with the loss of running back Aaron Jones, they don’t need a good running to succeed in the ground game. The Detroit Lions finished last in the division and they’ll be looking to do it again. Matthew Stafford won’t be dealt and, with the inability to make good draft picks, will make them finish last once more in 2021. The Chicago Bears make a move for the franchise and get rid of quarterback Mitch Trubisky, and draft quarterback Trey Lance to see if he can fare any better than Trubisky did. They still won’t be a contender in 2021, but they’ll do fairly well. The Purple People Eaters up in Minnesota will repeat the solid offense they had in 2021, but the defense will fix itself from the mediocrity it was in 2021. Danielle Hunter and Anthony Barr will return to the team to boost the Vikings to a solid division competitor.

The NFC South will look similar but different in 2021. The Atlanta Falcons will change up a lot this offseason. Julio Jones and Matt Ryan will both be out the door this offseason for an attempted rebuild. They’ll select quarterback Zach Wilson from BYU in the draft to help start a new young core. The Carolina Panthers will go with Teddy Bridgewater again at quarterback but won’t amount to too much. Even with Carolina selecting tight end Kyle Pitts in the draft, the offense just won’t click again and they’ll drop in the division even more. The Tampa Bay Bucs won’t be the same. Tom Brady, Rob Gronkowski and Antonio Brown will drop completely out of their primes and they won’t do anything similar to their 2020 success. This will be the legendary Tom Brady’s last season in the NFL. The New Orleans Saints will be an interesting watch. With Drew Brees retiring, Jameis Winston will take his spot as Taysom Hill will continue to be a utility player around the offense. The defense will continue to be number one in the league as 2020 breakout player Trey Hendrickson will win defensive player of the year in 2021.

The NFL offseason will be a wild few months. There’s no telling what’s going to happen. Only time will tell.