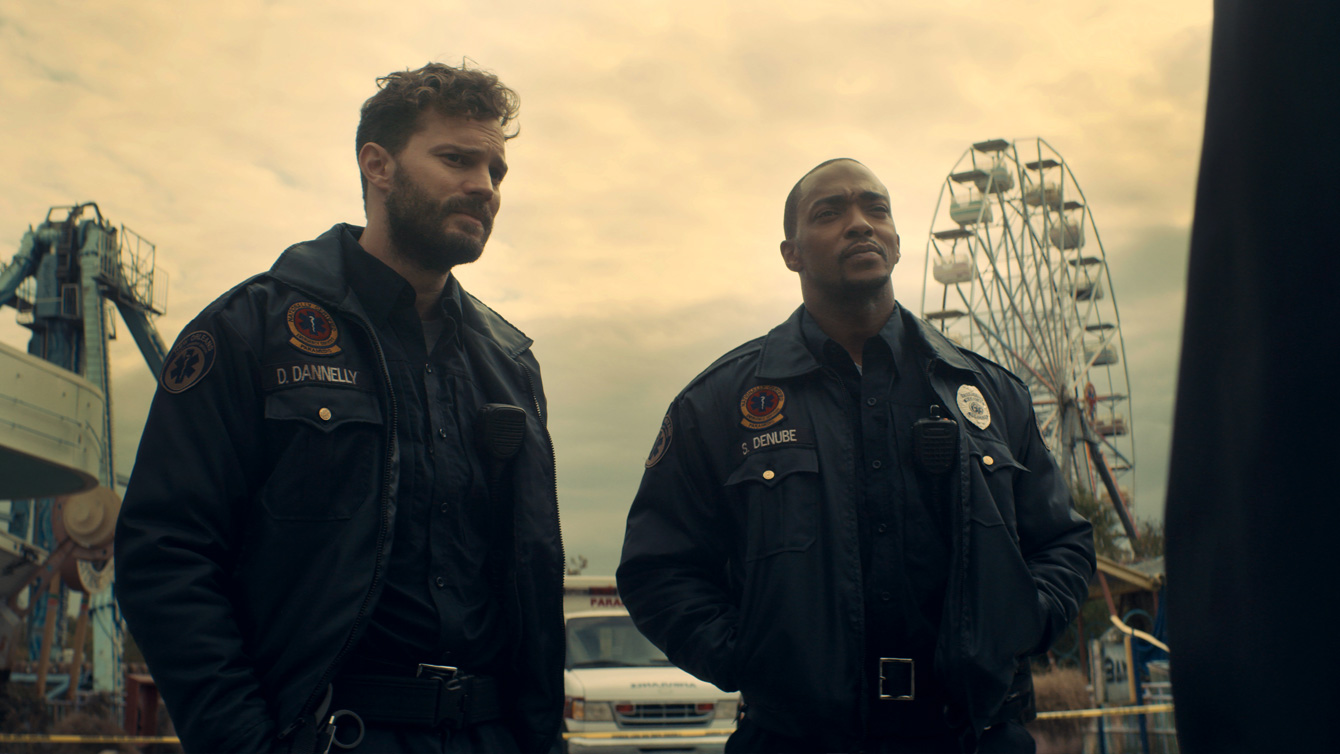 A Review of "Synchronic"

In my last review, I remarked on the absence of decent-to-good movies that are being released. Thanks to the pandemic, every promising movie aside from “Tenet” and “Wonder Woman 1984” were pushed back several months or to next year. However, the best of them all is the one no one is talking about, until now.

“Synchronic” is directed by Justin Benson and Aaron Moorhead, and stars Anthony Mackie and Jamie Dornan as Steve and Dennis, two New Orleans paramedics who, in the course of two nights, receive several strange calls of patients who were injured or killed in increasingly strange ways. Eventually, Steve traces the injuries to a designer drug called Synchronic, which interacts with the brain’s pineal gland to transport someone through time. After receiving terrible news of his own, Steve decides to use Synchronic to try to find Dennis’ daughter, Brianna, who might be stuck in another century as a result of the drug.

I went into “Synchronic” completely blind. I haven’t seen any of Benson’s and Moorhead’s work, although I’ve heard nothing but great things. I only knew the basic premise, and my only sense of anticipation came from the involvement of Mackie and Dornan, who have both proven themselves to be great actors outside of their respective franchises. I hadn’t even seen the trailer for it. I walked in not knowing what I was going to get. To be honest, I was blown away. “Synchronic”, as of December 1, is the best film of 2020, despite its lack of real competition. It was quite surprising to see what Benson and Moorhead were able to accomplish with such a small budget. The film’s sparse use of CGI is actually pretty convincing, and its use of long tracking shots and one-take scenes felt like a breath of fresh air in a world where Jason Bourne-style editing is used everywhere.

What makes “Synchronic” so different from other time travel movies like “Back To The Future” or “The Terminator” is how the time travel scenes are helmed. These scenes never have a moment where the main character is exploring the similar-but-different environment with a sense of awe and wonder. In “Synchronic”, these scenes are terrifying. There is also a surprising amount of commentary on racism in America, which has become a more important topic than ever. There are several scenes when Steve appears in a time period where African-Americans were treated horribly, and I found them terrifying. The idea of time travel is not glorified once here. Instead, it’s mainly used to provide more subtext on real drug use. They’re used to take people out of their own time, but nothing stops them from coming back, just like Synchronic. The high only lasts for a short time, and you’re back to where you started.

However, “Synchronic” wouldn’t be nearly as impactful if it weren’t for the acting and the unprecedented level of emotion brought by the script. Mackie is quite possibly the best he’s ever been. It’s always strange to see an actor from a superhero film go back to smaller, indie roles, as blockbusters rarely require any sort of acting ability. Nevertheless, he still has it. Dornan is also surprisingly great, a nice comeback after the horrendously awful “Fifty Shades” movies. I found myself actually caring for them, and that’s because of a very effective first act. These characters are fleshed out really well, and about half of the movie is dedicated to letting them exist and grow before the time travel aspect is introduced. For some, it might be boring, but the mystery of what Synchronic was felt riveting, and the actual time travel sequences had me gripping my armrests, thanks to the amount of care put into making the main characters feel real. “Synchronic” is a flawless movie. It might be out of theaters now, but don’t miss it when it comes out on iTunes. With this and “Tenet”, the one positive from 2020 is that it reminded us all why movies exist, and why they’re as great as they are.