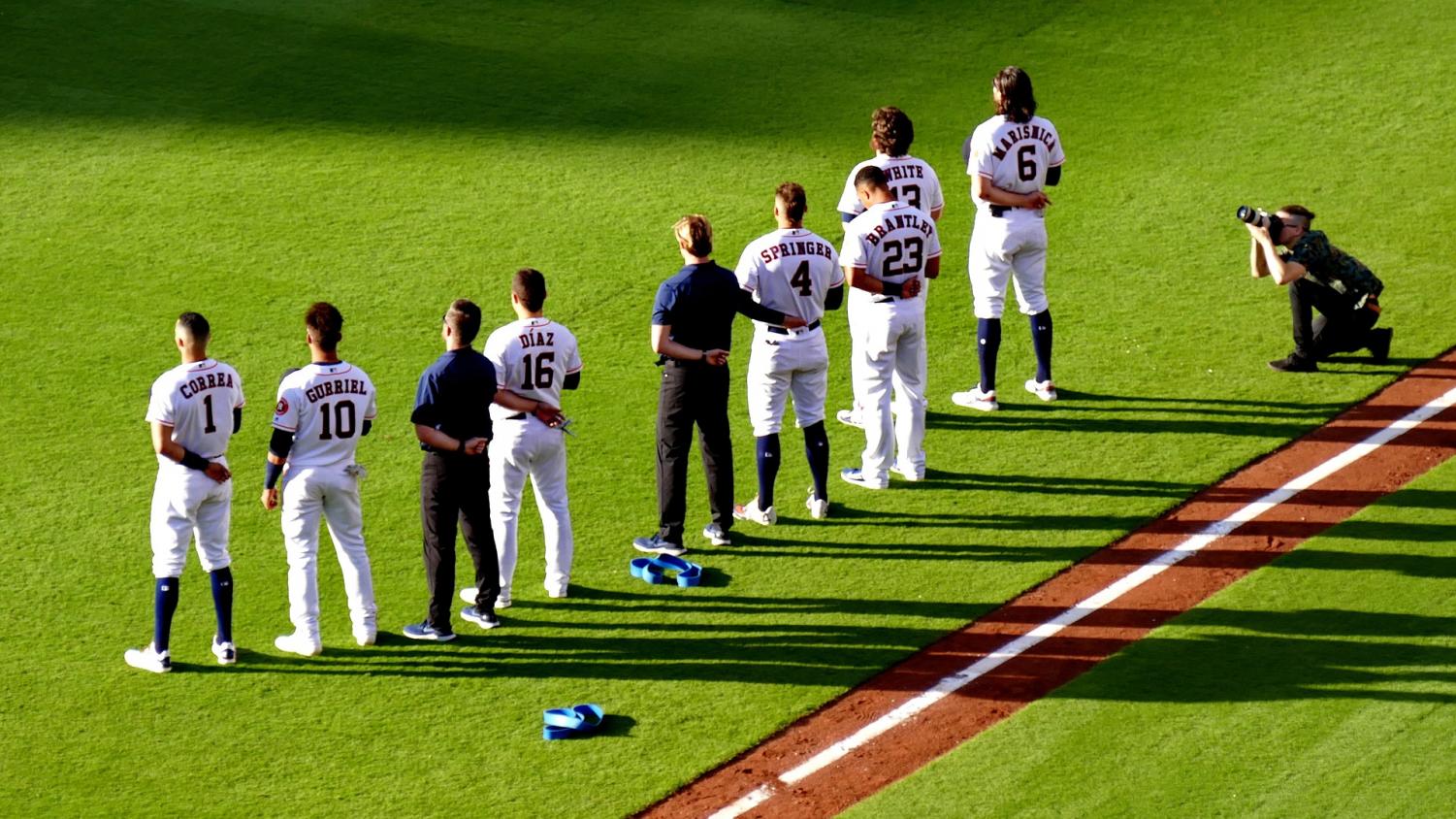 Image by vic cherubini from Pixabay

Image by vic cherubini from Pixabay

The downfall of the Houston Astros

The Houston Astros have had a rough series of events unfold after the 2019 World Series loss to the Washington Nationals. Scandals, injuries and hatred have hovered the Astros the 2020 season.

The 2020 Astros regular season did not go their way. They finished 29-31 in the short 60 game season and barely made the playoffs. They became the first ever team to make the playoffs finishing with a sub .500 record. It was a rough 2020 that’s only going to get worse for the team.

The Astros lost their Ace,the best starting pitcher on the team, Justin Verlander as well as their closer, the pitcher brought into the game at the final innings to close the game and get a win, Roberto Osuna. Not to mention the loss of their biggest power bat Yordan Alvarez as well. These injuries led to mainly rookies taking the charge the whole year for the Astros arms. These rookies started rough, but thanks to genius pitching coach, Brent Strom, they performed well in the postseason. A hitting mix between utility player, Aledmys Diaz and outfielder, Josh Reddick, they tried to replace Alvarez. They failed miserably. Horribly. Diaz barely played and Reddicks old age is causing his bat to just become nearly nonexistent. Reddick had a .194 batting average over the postseason. It was bad.

Houston went into 2020 being the most hated team in baseball history as it was discovered they cheated during their 2017 World Series win. Fans and the media speculate the Astros to be this horrible, devil team that deserves all the hate in the world. Which is a giant reason the Astros did not bring in any new players this off season. Everyone hated us and we had to work with what we had. But in this day and age with the technology that people have access to, every single team cheats the same way the Astros did and you can not tell me otherwise. The Astros aren’t even the only team speculated to be cheating either. The Yankees and Red Sox cheated too. Both teams are either under investigation or investigation has been done. So don’t say that the Astros are cheaters like they’re the only ones.

The scandal is not only ruining the past of the Astros, but also the future. An Astros icon by the name of George Springer has just finished the last year of his contract with the team. Springer being one of the best outfielders in the game and one of the best postseason players ever, he is a highly sought after player. Teams are going to be offering him contracts worth potentially hundreds of millions of dollars over at least 5+ years. So it’s not a surprise that the Astros are going to have to compete for him. What is going to hurt the Astros is Springer most likely isn’t going to want to be associated with the Astros anymore. They’re potentially going to lose one of the best players to ever put on an Astros uniform, solely because he doesn’t want to be a cheater, that just straight up hurts. Across the entire city of Houston, it’s going to hurt to see Springer walk in free agency.

The Astros have come back from being the worst to being a top team in the league multiple times, so that’s probably on the radar for them again soon. 2021 and the following years might be rough with players leaving and nobody new coming in, but don’t count them out. They will be back. They will once again be a World Series caliber team.