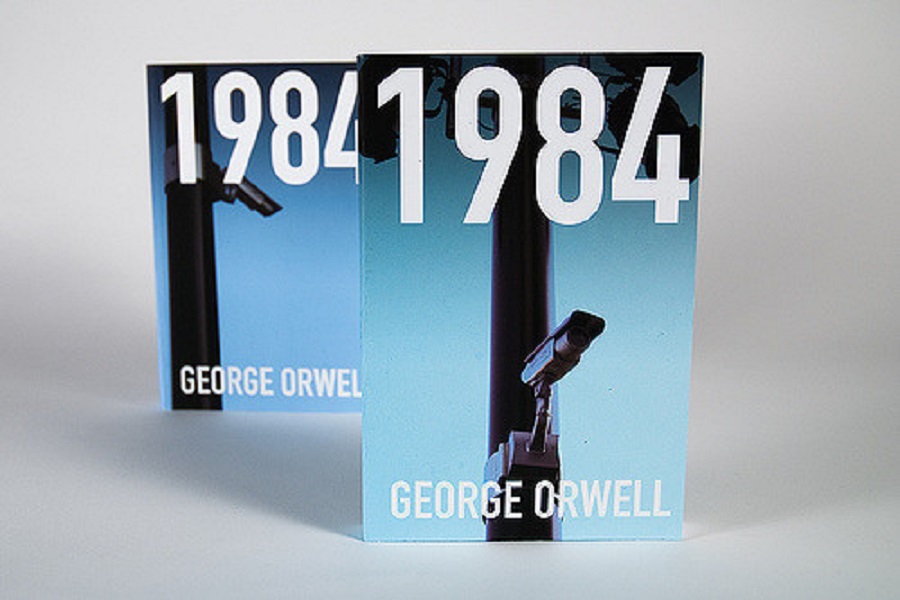 The security cameras on these covers could represent the Party’s spying on the people or their perception of reality. (Flickr user colindunn)

The security cameras on these covers could represent the Party’s spying on the people or their perception of reality.

1984 and the perception of reality

That is the belief of Winston Smith, the main protagonist of the classic novel “1984” by George Orwell, which is required to read by all seniors taking English K. The novel follows Winston, a lonely heretic living in a society of sheeple controlled by a political party simply known as the Party, as he tries to crack the system that is encroaching on people’s rights and, more importantly, altering the past.

You might be asking how this is possible. After all, the past is concrete, isn’t it? Actually, the Party holds that the past only exists in memories and records. Human memory is fallible, and they spend day after day falsifying records, so the past is more fluid than we think, according to the Party, and they may actually have a point.

Most people believe that there is an external reality in which everything happens regardless of human perception and once something happens, it can’t be altered. Well, it’s not really a belief as much as it is a general assumption. However, how do we know that such a reality exists? There is no way to know that anything happened except by personally witnessing it, hearing from someone else, or reading about it. All of those ways involve someone’s perception of the event. If a tree falls in the forest and no one’s around to hear it, there’s no way to know if it made a sound.

After analyzing both Winston and the Party’s sides of the argument, I have concluded that reality doesn’t exist as we know it. However, there are still strong arguments that it does, arguments that the Party would crush in due time if we lived in “1984”. For the time being, though, let’s just be glad we don’t live in “1984”.