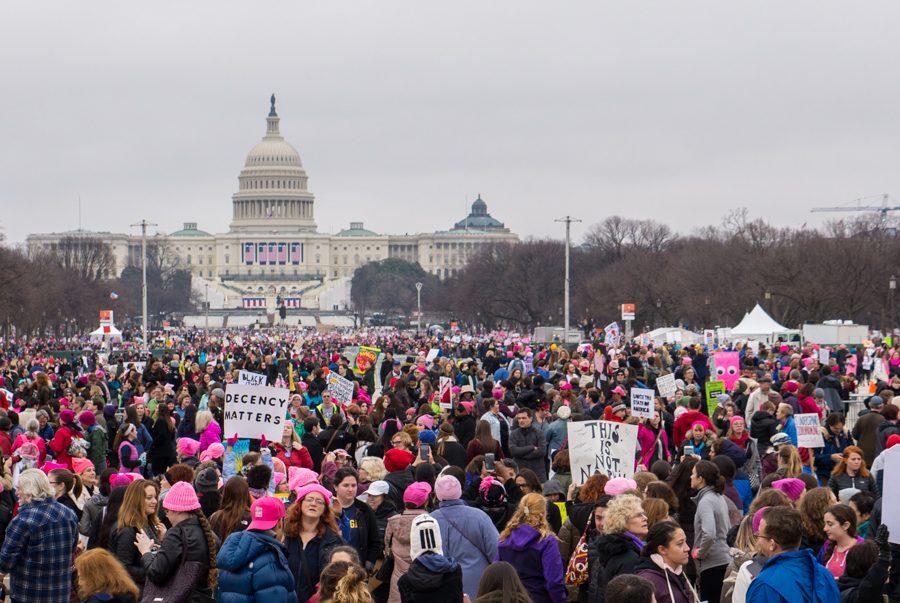 A Woman’s Opinion on the Women’s March

Analyzing the future of a world effort

Over a million people in the United States took part in the Women’s March on the first day of President Donald Trump’s term according to The New York Times.

Over a million people stood up for women’s rights in the face of a time where they may be put in jeopardy, especially the future of women’s health center organization Planned Parenthood.

Over a million people took part in their First Amendment right to peacefully assemble, and did so with the help of an estimated nearly 5 million others spanning across all seven continents,  who also want the rights of women to be protected in this age, not just in America, but globally.

The protest was spurred by a general feminine distrust of the new POTUS when it comes to protecting female rights and being an advocate of women during his presidency- something women have a right to be concerned about when the leader of the country has been documented speaking in jest about sexually harassing women- but what will happen now? What will happen after those millions of women are done marching?  What will happen to the aspirations of the women who desperately wanted to march on January 21, a day that will forever live in history, but could not?

What will happen now is those women will take action. If women flew from all over the country to take part in an impromptu march for women’s rights, that means they will definitely take action in what they can do from home. 10 Actions in 100 Days is a campaign organized by the Women’s March organization, which will give women and advocates of the march a chance to make real change by doing real action without marching every day. The first action is writing to your senator, which the website gives an option for the user to enter their zip code to find their senator and also offers a variety of postcards to send. The user will then print out the postcard and personalize it- writing to their senator what their wishes are on the issues important to them.
Writing to a senator may seem ineffective. After all, aren’t they just going to receive hundreds of other letters so yours won’t matter? That’s why it matters. That’s why the women’s march was so effective itself- so many women took part in the campaign that they could not be ignored. Even if you didn’t march, you can do your part here- by spreading the word. Be an active part of history by writing your senator what you want changed for your rights, or your mom’s rights, or your sister’s rights, or whatever woman in your life’s rights, because women’s rights are human rights, and as such, should be protected by whoever the Electoral College chooses to protect them.