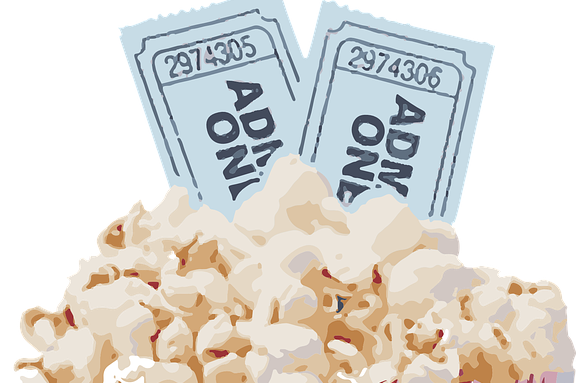 New movies to watch out for in the coming year

For some time, the movies have been a popular place to get together with friends, and 2019 will be no different. As the number of days between now and the new year get slimmer and slimmer, people are looking for what movies they’ll be most anticipating. Here are some movies to keep on your 2019 radar:

Everyone has heard of escape rooms: the “games” people play to test their problem solving abilities. Well, this movie encompasses the games with a horror twist. Six strangers are invited to be the first people to solve a brand-new escape room. However, once there, they discover the challenges they are enduring are much too real and much too dangerous. “Solve the puzzle. Escape the room. Find the clues. Or die.”

This movie is coming out just in time for Valentine’s Day, which is very fitting for its story line. One day, a girl is living a very normal life. The next, she wakes up in the middle of a romantic comedy. With stars like Rebel Wilson, Liam Hemsworth, Adam Devine, and Priyanka Chopra, this will be one funny movie.

This movie – based on the famous manga of the same name – follows an abandoned cyborg in the futuristic Iron City. While searching through a junkyard, a cyborg doctor finds Alita unconscious and decides to take her in. When she wakes up, she has no memory of who she is or where she came from. As Alita is relearning how to live in the Iron City, Dr. Ido is trying to shelter her from the past she left behind.

As one of the new additions to the Marvel Cinematic Universe coming in 2019, Captain Marvel already has a multitude of fans eagerly awaiting its arrival. Since the teaser at the end of Infinity War, people have been theorizing the role Captain Marvel will play during Avengers: Endgame as well as in the MCU as a whole. This movie will follow Captain Marvel as she discovers who she is while helping Nick Fury take down her enemies.

Disney has three live-action remakes on the horizon for 2019, and people are excited. Dumbo has been advertised for the longest, and will consequently be the first to come out. Dumbo is a unique elephant who can seemingly fly using his large ears. When his mother is taken away, the two children who watch after Dumbo form a plan to reunite her with her son.

Although 2019 seems like it will be a year dominated by the MCU, DC will not be overlooked with their movie Shazam!. 14-year-old Billy bounces from foster family to foster family and isn’t happy with the way his life is going. That is, until a chance encounter on a subway. Now, with just one word – Shazam! – Billy can transform into an adult superhero.

“There are moments in a rock star’s life that define who he is…” Rocketman is the musical biography of Elton John – the story of his musical career. This film is set to highlight key points throughout his journey, including his partnership with Bernie Taupin, while also serving up some of his greatest hits. Taron Egerton plays Elton John, and is accompanied by costars Richard Madden, Bryce Dallas Howard, and Jamie Bell. As the trailer says, “It’s going to be wild ride.”.

The second Disney live-action remake coming out in the new year will be the story of Aladdin: a young thief who finds himself with a magical lamp and some wishes.

The Lion King is the third and final live-action remake by Disney coming out in 2019. It has the most hype out of the three and is greatly anticipated among fans of all ages. This classic story is retold with seemingly real animals and an impressive cast. James Earl Jones, reprising his role as Mufasa, will be joined by Donald Glover, Seth Rogen, Keegan-Michael Key, and Beyoncé as well as a multitude of other voices.

Once Upon a Time in Hollywood is a star-studded film – it features Leonardo DiCaprio and Brad Pitt, with supporting roles played by Margot Robbie and Dakota Fanning. This is the story of an out-of-work Western star and his stunt double amid the Helter Skelter reign of terror in 1969.

Will Smith stars as Henry Brogan, an assassin who is tasked to defeat a younger operative. The catch? This operative is eerily similar to Henry and seems to predict his every move.

While there’s not much public knowledge about this movie, it is confirmed that Joker will follow the backstory of the infamous DC villain.

It appears this famous musical is being adapted to the big screen. Set to come out in late December, Wicked will follow the same story line as the original Broadway play.