A review of the movie Venom. 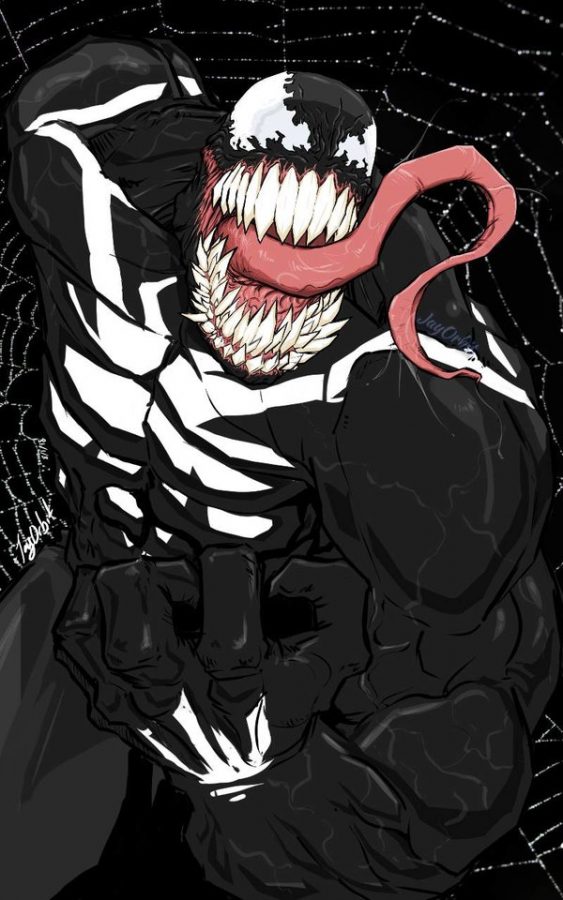 A sketch of Venom.

I walked into the movie theaters to see the new anti-hero movie Venom and I walked out completely and utterly disappointed. Venom is about a journalist named Eddie Brock who is trying to expose the founder of the Life Foundation Carlton Drake. Carlton Drake is making experiments by trying to merge aliens with humans because he believes that humans are incapable of being intelligent and surviving on their own. Long story short, Eddie is exposed to an alien named Venom and ends up with super strength & power, and they work together (mostly because they are sharing a body and they don’t want aliens and humans to merge) to take down Carlton Drake (who also ends up merging with a very super powerful alien).

First I will explain the things that I liked about the movie. It was pretty action packed with a car chase and a big fight scene at the end. One important factor that stood out in the movie was the funniness of it. Venom and Eddie were going back and forth the entire time in the movie. Venom would make fun of Eddie and have no shame doing it. Also Carlton Drake, played by Riz Ahmed, was a very psychotic villain. He was truly nuts and while you were watching the movie, you were wishing that he would just fall off the face of the Earth.

Now the easy part: what I disliked about the movie. First there is the chemistry between Eddie and his love interest, Anne Weying (played by Michelle Williams). There was no chemistry. I didn’t understand their relationship in any way. First they were together and then they weren’t, but she already was dating someone else. The whole thing was confusing. Also there was a car chase scene and although the chase was cool, after a while it felt too long. Then there was the big fight scene at the end that everyone anticipated. I was thoroughly disappointed because the big fight scene was so anti-climatic that the popcorn that I was holding looked better than anything that was in that fight scene. Also the special effects looked so blurry and put together that you couldn’t even tell who was winning the fight.

Overall the movie was good, but it definitely could have been better. I will say that this movie is better than the DC movies that come out, but not better than any Marvel movie I have ever seen.