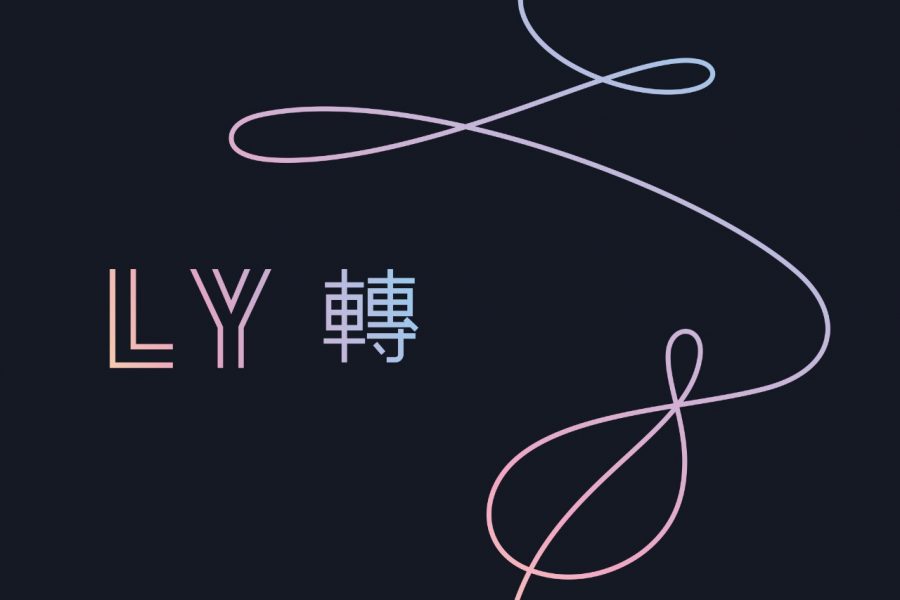 The album cover of "LOVE YOURSELF : Tear".

K-pop group, Beyond The Scene (BTS), released their most recent album on May 18th, 2018. “Love Yourself: 轉 Tear” is their third full album and is part of a trilogy series called “Love Yourself.” Their previous album, “Love Yourself: Her,” ranked 7th on the Billboard 200 chart, setting a new record for K-pop artists.

The group debuted in 2013 with their single, “No More Dream,” and while they were first known for controversial societal messages within their songs, they have become more acknowledged for their incredible performance abilities and stellar vocal and rap skills. Furthermore, the music videos for BTS’s songs contain a still on-going in depth plot-line that has been planned since their debut by their entertainment company, Bighit Entertainment.

The preorders for “Love Yourself: Tear” exceeded a multitude of records, selling over a million copies and causing online stores to crash periodically due to global influxes of fans overwhelming  servers. The post release sales reached rank one on the Billboard 200 chart, breaking their previous record and thus establishing BTS as the first foreign group to reach number one in twelve years. On May 29th, 2018, “Fake Love” successfully debuted at 10th on the Billboard 100 chart, yet another record for BTS being set.”Love Yourself: Tear” is officially the most sold foreign album of 2018 in the United States. BTS was even invited to perform at the Billboard Music Awards on May 20th, 2018. They were also chosen as the official models for global campaigns such as LG, Vogue, Puma and Coca-Cola for the 2018 FIFA World Cup. They have continuously shattered the stigma that they would never break into the international media and market.

“LOVE YOURSELF: 轉 Tear” begins similarly to their other albums with the members of BTS taking part in the producing and composing process. From the upbeat tones, contrasting dynamics, frolicsome instrumentals and boisterous tempos, the intro track, “INTRO : Singularity,” sets the overall haunting tone of angst and darkness using R&B themes based off Neo Soul and exquisitely establishes a strong foundation for the rest of the album.

Much to the chagrin of the fans, a previous song, “INTRO : Euphoria,” was not included on the track-list. The representative title track of the album is named “FAKE LOVE”. Along with its theory-ridden music video, this track dips from calm and melodic to exciting and powerful, a mix of emo hip hop and grunge rock, just as the majority of BTS’s songs also do, paired with powerful and beautiful choreography. Their first official performance of their title track was pre-recorded for the James Corden show on May 14th, 2018 and the first televised live performance was on the Billboard Music Awards on May 20th. They had a press conference after returning to South Korea on May 24th and their Ellen Degeneres appearance aired May 25th.

The entire album has 11 songs, and each one has its own color and sound. Personally, track number three, “전하지 못한 진심 (Feat. Steve Aoki),” which translates to “The Truth Untold” has an incredible solemn and heartfelt tone that falls right in line with the in depth plot and appeals to me most, although it was extremely difficult to decide on just one favorite song. This song in particular stood out the most in my opinion because of the deep and heart wrenching vocal lines throughout the entire lyrical piece. Alongside this grand release, BTS has also kept up an incredibly huge storyline with this series. The lyrics of “The Truth Untold” are also pertain to the flower language of the fictitious flower named, “Smeraldo,” which has been an integral inclusion in the “LOVE YOURSELF” series since the very beginning of the series.

BTS has been teasing the track “Magic Shop” since December of 2017. Fans have been suspecting this would be a track ever since a performance took place and book “Welcome To The Magic Shop” was featured. This track ended up being one of my favorites on the album because of its heartfelt and lyrical qualities.

One of their members, J-Hope, also recently released his solo mixtape named “Hixtape,” and on it there was song called “Airplane”. To the surprise of many fans, “Airplane pt.2” has already been created and included on this new mini album as an extension of J-Hope’s mixtape, but this time, it has very strong Latin undertones instead of hip hop, which I greatly appreciated. In addition, the track, “134340,” has a very strong coffee house blues vibe to it and is extremely groovy and easy to follow and jam along to. Unfortunately, I’m not a big fan of straight hip hop, so track nine, “Anpanman,” did not appeal to me initially. However, over time, this song has grown on me immensely.

Many of the tracks on this album have also been contributed by the same people who produced songs for popular artists, such as Beyoncé. I didn’t go over every single track, but each and every one of the songs have a very thought out and passionate meaning on top of sounding amazing and experimenting with various genres. They leave fans wanting something  more for too long for but in a completely positive way. You want more because the songs are so amazing and breathtaking. It’s incredible to think about how they created this musical masterpiece in only seven to eight months on top of being completely swamped by schedules and events.

At the current moment, listening to the album on the release date, May 18th, my ranking of the entire tracklist of “LOVE YOURSELF: 轉 Tear” is as follows:

I would like to note, however, that this list does not necessarily mean that I dislike the lower ranked songs. I would like to further stress that I love each song for different reasons which include their inner messages and unique sounds.

BTS have an incredibly vast variety of genres and stellar compositions under their belt, and with the release of “LOVE YOURSELF: 轉 Tear,” they will continue to take the world by storm without a doubt.

After their initial promotional period that will last for around a month, BTS will begin preparations for their next world tour which was announced on April 26th, 2018. Titled, “LOVE YOURSELF,” the tour will begin on August 25th in Seoul, South Korea before branching off into the rest of Asia and other continents such as North America and Europe. Tickets went on sale May 5th; however, they almost immediately sold out. BTS will be coming to Fort Worth, Texas on September 15th and 16th for their two day concert. You can continue tracking BTS progress through social media sites including YouTube (Bighit’s and BTS’s) and Twitter (official and personal) as their activities will instantaneously shoot up to first in the trends due to their massive fan-base and exponentially increasing popularity.