Who should be titled MVP? 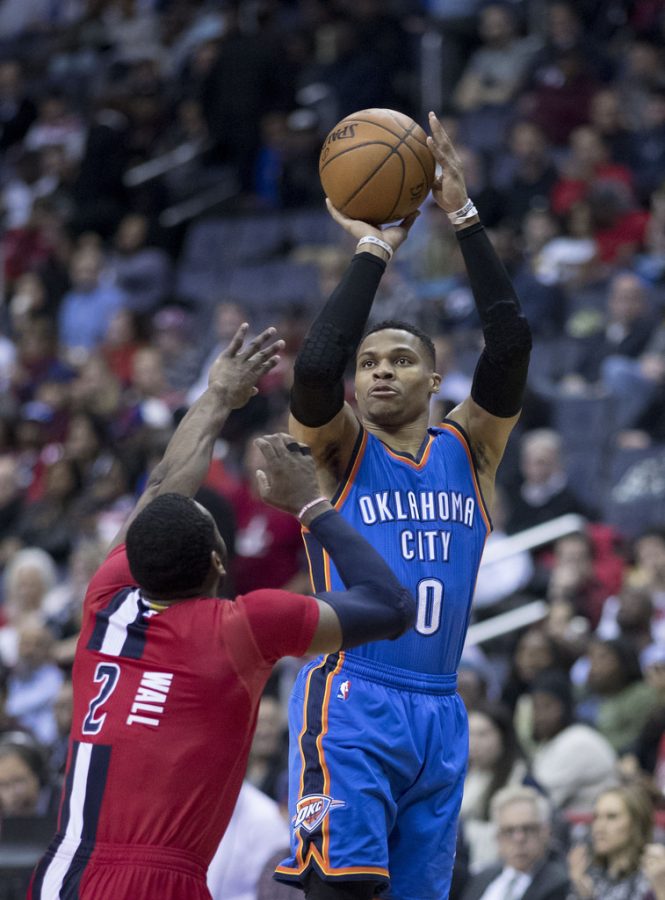 So far in Round 1 for NBA playoffs, Rockets are in a 2-0 series lead against the Oklahoma City Thunder. This series is important because it puts two MVP candidates right up against each other, Rockets’ shooting guard James Harden (Beard) and Thunder’s point guard Russell Westbrook (Brodie). Not only is this match up crucial to decide on the MVP, there is a lot of tensions between the two teams. In October of 2012, Thunder unexpectedly traded James Harden to the Houston Rockets.

As of current statistics, Harden has more blocks and assists per game and has higher three pointers and field goals percentage, but that doesn’t dismiss Westbrook  averaging a triple-double per game for most of the 2016-17 season. This season, Westbrook broke a record for the most triple-doubles while Harden broke a not so impressive record for most single-season turnovers (a record that he set himself in 2015). All jokes aside, Harden has shown solid improvement this season with his statistics higher than ever. This season, Harden averaged 29 points, 11 assists, and 8 rebounds per game (so close).

While the Rockets may have a lead over the Thunder, the games make it obvious who is really the most valuable for their team. A well rounded team like the Rockets don’t have to rely on Harden, but whenever Russ is taken out of the game, the Thunder falls apart. Harden is without a doubt a key component to the Rockets, but is he the league’s Most Valuable Player? The award goes beyond individual statistics, comparing the other teammates to the candidate clearly shows whether they would win without him or not. In the Rockets’ case, the team pulled a lead in Wednesday’s game while Harden wasn’t playing. In the Thunder’s case, Westbrook only sat for 7 minutes and in that short time the Rockets’ were able to capitalize on the second-strings and caught a lead. In 71% of all of regular season game time, the Thunder  were able to score more and play stronger defense with Russ on the court.

Wednesday’s game showed a pretty clear line between Harden and Westbrook. Westbrook rose to the occasion with a crazy triple-double, 51 points, 10 rebounds and 13 assists, while Harden had 35 points, 4 rebounds and 8 assists. Seems to me that any other season and Harden’s stats would’ve won it all, this shows the intensity between the two candidates, both are scoring more (doesn’t mean stat padding), stealing more and trying to be the most valuable team mate.

Tonight is the third game in the series, this game will either show a chance of a comeback for the Thunder or a solid lead for the Rockets (but let us not forget that the Warriors blew a 3-1 lead).