A Review of "Dolittle" 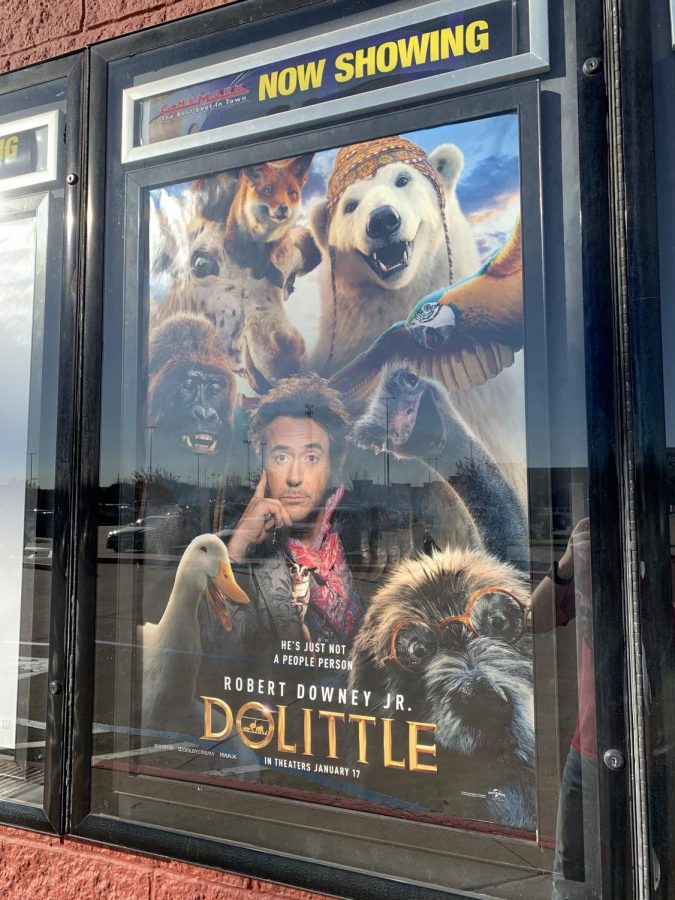 A poster for the exceptionally bad movie, Dolittle.

Normally, I would say that after a month of Oscars hopefuls and massive blockbusters, it’s nice to start the year off with a sub-par movie. This is the one year that doesn’t quite fit that bill, it seems.

Dolittle is directed by Stephen Gaghan and stars Robert Downey Jr. as the legendary Dr. Dolittle, a man who is gifted with the rare ability of talking to animals. After being informed that the Queen of England has been poisoned and will die very soon, he teams up with a group of CGI animals and a young boy named Stubbins to try and find a cure.

I went into this movie with the slightest ounce of optimism for one reason and one reason only: Robert Downey Jr. He’s proven himself to be an excellent actor when given the right material, such as Iron Man and Kiss Kiss, Bang Bang. Also, the director has proven himself to be better than average, due to his Oscar for writing the movie Traffic. So, I don’t think I would be judged too harshly if I said that this movie had potential to be completely average. Yet somehow, Dolittle couldn’t even fulfill the mildest of expectations. This is, without a doubt, one of the worst movies I’ve ever seen.

Now, I understand that it’s very easy to say something is a complete atrocity to cinema without having any sort of hard evidence. So, let’s go through it all. This movie has a budget of  $175 million, and yet the CGI is still exceptionally bad. Wasn’t it just four years ago when The Jungle Book shocked everyone by having photorealistic CGI animals, with a budget that is the same amount as Dolittle’s? Apparently not, because we’re back to where we started. The script is also completely ridiculous, discombobulated to the point of absurdity, and occasionally melodramatic to the point where I could’ve been watching a TV soap opera.

However, Dolittle could’ve had one saving grace, and that’s the cast. When you have a cast that consists of Robert Downey Jr., Tom Holland, Emma Thompson, Rami Malek, Octavia Spencer and Ralph Fiennes, it should be a sure thing for the performances to be passable, at least. Evidently not, because there isn’t one performance in this entire movie that is decent. Downey Jr. is pretty bad, to say the least, and I’m not sure who to blame for this. He tries to use a very over-the-top accent that just comes off as hilarious, and not in a good way.

The very best I can say is that three-to-four-year-old children will be somewhat conscious during this movie’s thankfully short run-time, which still felt like it was five hours long. To everyone reading, if you’re looking for a movie to watch, avoid Dolittle at all costs. Watch 1917 instead, because that’s a movie that deserves your money and will make every possible attempt to keep you interested. Do not let Universal make a sequel to this “movie,” because I’ll have to watch it if they do.