Successful Retelling of a Beloved Classic 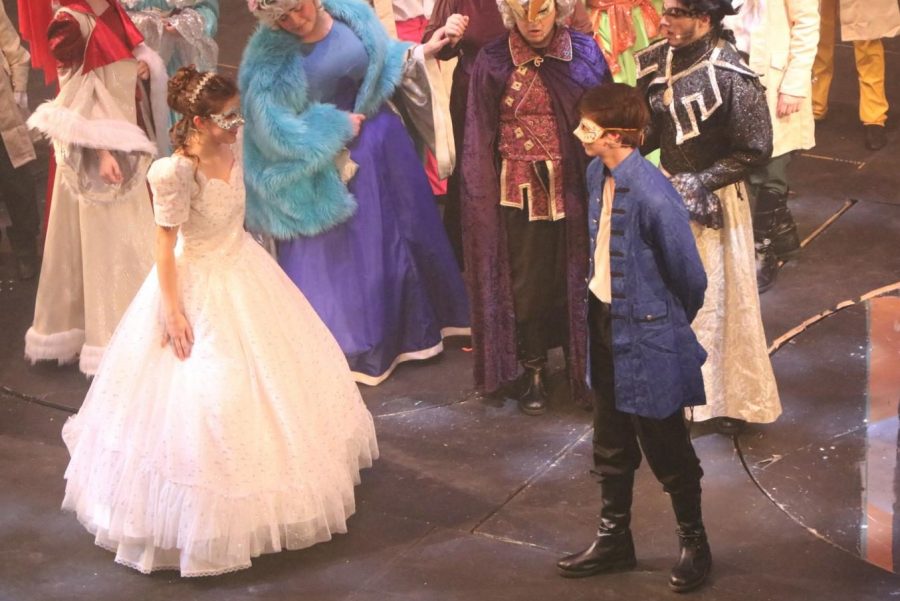 In the past, I’ve made no bones about the fact that I’m not much of a fan of anything to do with Disney. Whether it’s Star Wars or Marvel, it’s something that I normally don’t get excited for. However, this might be a different story.

Rodgers and Hammerstein’s Cinderella tells the classic story of a young girl named Ella, played by senior Sarah Swift, who is constantly degraded by her evil stepmother and stepsisters. When the handsome prince, played by junior Ben Armstrong, throws a ball in hopes of finding a wife, Ella is forbidden from attending. However, after a visit from her fairy godmother, played by senior Mackensey Doyle, all of Ella’s wishes might just come true.

I’m actually starting to become a fan of Cy Woods’ productions. Junie B. Jones Jr. was enjoyable enough, and I absolutely adored You Can’t Take It With You, so I was pretty excited about this, and I was blown away. I mean it. Cinderella was actually great. To be completely honest, I couldn’t believe how entertained I was.

The production design was fantastic, which was expected. That was something that I had already anticipated before seeing the show. However, what really surprised me was the costumes. The design team really got to show off during the ball scene, which might be one of my favorite scenes in the entire production. As all of these incredible things happen to Ella, I began to feel as though anything could happen, and I began to wish that it would. I had begun to root for her.

The performances were also very strong. Swift was phenomenal as Ella. She was able to find the right amount of emotion and unadulterated joy without appearing melodramatic. Swift has shown herself to be an excellent actress, and I can’t wait to see what she does next. Armstrong also did a very good job as the prince, but what really surprised me was his singing. In fact, all of the singing in Cinderella was incredible. The vocal performances were far better than what anyone would expect from a high school production. Quite a bit of this is due to Doyle, who displays an incredible voice that I honestly wasn’t expecting to hear, and that I don’t expect to hear again in another high school musical.

In my opinion, Cinderella’s one flaw was a subplot involving the prince’s adviser, played by senior Daniel Webb, that I didn’t care for. Although it doesn’t have much to do with the story at first, it does come to fruition later on, which took away any issues that I had. Other than that one issue, which doesn’t really detract from my overall feelings, I loved Cinderella. With its wonderful performances, great production design and some magnificent singing, it was quite an enjoyable experience, and one that I would gladly have again.