2019: One of the Most Average Years For Film

A Recap of the Year's Best Films 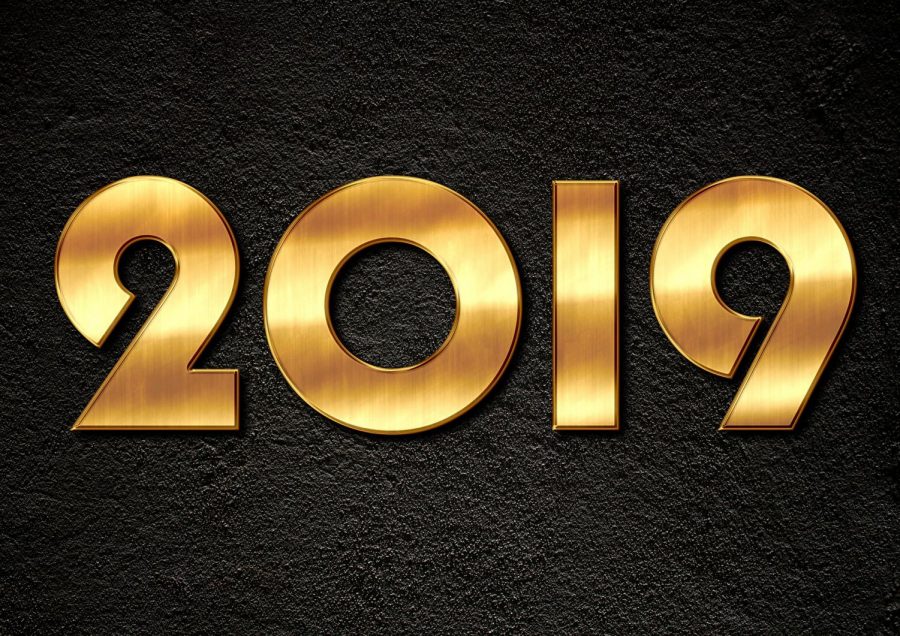 The end of another year. Here's to the next one.

Well, 2019 is finally over (thank God). Although the latter half of the year showed some signs of life with several high grades, there were ultimately too many disappointments to label 2019 as one of the better years for cinema in recent memory. However, there were still quite a few films that stood out among the masses, and those films will be honored as one of my top 10 favorites of the year.

Before we get started, I want to remind any and all people reading that this is just my personal list. There’s nothing factual here, so don’t worry if your personal favorites aren’t here.

As surprising as this might sound, our friendly neighborhood web-slinger might be in safe hands with Marvel after all. After the first film came out in 2017, director Jon Watts doubled down on my favorite part of Spider-Man: Homecoming. Far From Home doesn’t have a major emphasis on gigantic action scenes and CGI, although there are quite a few of them. Instead, we get a lot of time with Peter Parker just being himself, trying to tell MJ how he feels and also trying to move on from a tragic loss. It’s the somewhat grounded approach to Spider-Man that makes Far From Home, in my mind, better than the first movie. Tom Holland knocked it out of the park yet again as the character, and I can’t wait for the next one.

The LEGO Movie 2: The Second Part

Following up one of the best animated movies of the past decade is no easy task, but somehow The LEGO Movie 2: The Second Part pulled it off. Although its’ laugh-a-minute technique isn’t up to scratch like with the original, this is still a surprisingly funny kids movie. It is one that will surely appeal to kids and parents alike. Although this is partly due to the excellent voice cast, led by Chris Pratt as Emmet, most of the praise should go to the writers, Phil Lord and Christopher Miller, who also wrote the first LEGO Movie. Like most sequels, this movie isn’t nearly as good, or as memorable, as the original, but it’s still worth watching.

After the colossal disappointment that was Star Wars: The Last Jedi, Rian Johnson made the smart choice of going back to his roots by making a smart, funny, original movie. Knives Out is one of the funniest movies of the year, and shows off an A-list cast at the top of their game. Daniel Craig gives what might just be his best performance as Benoit Blanc, a detective with a major Southern drawl that will definitely catch viewers off guard when they hear it. It’s a voice that most people wouldn’t expect to come out of Craig, but it provides quite a bit of comedy that actually works. Chris Evans is very good as well, and Ana de Armas gives what could be a star-making performance, one that isn’t being talked about nearly as much as it should be. In fact, the entire film is not getting enough awards attention, even though it’s one of the few this year that actually deserves it.

In my original review of this film, I mentioned that it seems like every biopic about a musician seems to hit the same basic beats from a story perspective. They all seem to follow the same formula, something that 2018’s Bohemian Rhapsody was heavily criticized for, especially by yours truly. However, that’s not the case with Judy. This is a great film, one that’s kept consistently interesting by Renee Zellweger’s beautiful performance as Judy Garland. What I like about her performance is that she doesn’t try to sound exactly like Garland. Instead, she brings her own twist to it. She also showcases her considerable talents when it comes to singing, and I found myself wanting to hear more of it. The production and costume design also stands out, and I found the story quite emotional. However, the reason that it isn’t higher on my list is that I don’t think it’s a film that I’ll re-watch over and over again. When certain things are revealed that I will not spoil, I found that the tone of the film became very depressing. Nevertheless, this is a film that’s worth watching, and it’s hard to imagine a future in which Zellweger won’t be rewarded with her second Academy Award.

A Beautiful Day in the Neighborhood

As someone who isn’t a fan of Mister Rogers in the slightest, I didn’t have any expectations for this film. However, I found myself very surprised by the end. This is a very heartwarming film, one in which Tom Hanks gives his best performance in years as America’s most beloved neighbor. In fact, if it wasn’t for Brad Pitt’s scene-stealing performance in Once Upon a Time in Hollywood, Hanks would have my vote for Best Supporting Actor. Matthew Rhys is also very good, with a performance that no one is talking about. His character’s arc throughout the film was incredibly sweet, and I could see it having a message for people who are struggling to forgive someone for something that they did. At least, that’s what I got from it. There are a lot of gigantic blockbusters that came out over the winter, but this is a film that could potentially inspire future filmmakers.

Let me just say for the record that the Toy Story Trilogy is one of my favorite trilogies of all time. All of them are deserving of my highest grade, which is really saying something. So, naturally, I was very skeptical going into the theater. To say that I was blown away would be an understatement. This isn’t just the best kids movie of the year. It’s easily Pixar’s best film since Toy Story 3. The animation is beautiful to behold, and hearing Tom Hanks and Tim Allen as Woody and Buzz just made me emotional in all the right ways. However, what surprised me the most was how compelling the story was. This isn’t just an easy cash grab. The writers and first-time director Josh Cooley actually wanted to tell an exciting story, and they clearly succeeded. All I can say is that based on the ending alone, Toy Story 4 deserves to win the Oscar for Best Animated Feature. Just saying.

It’s very rare to find a film that meshes brilliant storytelling that cinephiles adore with the comedy and entertainment that the average moviegoer enjoys. Ford v Ferrari fits the bill perfectly, filled to the brim with wonderful performances, entertaining racing sequences, and a truly heartfelt story. Although it’s not much of a surprise, Christian Bale and Matt Damon are golden together as Ken Miles and Carroll Shelby, respectively. There’s a truly hilarious scene involving the two men fighting in public, while Ken’s wife pulls out a lawn chair and watches. Usually, it’s very rare for a movie to make me laugh, and Ford v Ferrari had my audience consistently laughing, which I wasn’t expecting. Director James Mangold is possibly the most underrated filmmaker of the past few years, and I’ll definitely be seeing his next film on opening night.

Writer-director Greta Gerwig gained instant notoriety for her debut film, Lady Bird. When you make a film that gets 99% on Rotten Tomatoes, it’s very hard to go anywhere but down. By some miracle, Gerwig avoided the dreaded sophomore slump by making a film that is as close to perfect as you can get without receiving an A+. The first two hours of the film are cinematic perfection. Gerwig’s direction is perfect in every way. All across the board, the acting is phenomenal. Saoirse Ronan gives another brilliant performance in a career that seems to be full of them. Emma Watson and Florence Pugh are wonderful as her sisters, and Meryl Streep is obviously having the time of her life as Aunt March. The script is possibly one of the best of the year, and it kills me to know that it likely won’t get any nominations at the Oscars. However, the one flaw that kept Little Women from a perfect grade is the last 10 minutes. Wow, this film fizzles out to a very disappointing ending, to the point where my jaw was on the floor by the end of it. That being said, the first two hours are so brilliant that I can forget about it.

There wasn’t one film that hit me on a more emotional level than Ad Astra, a science fiction film that completely tanked at the box office. That’s right. A $100 million film starring Brad Pitt, one of the biggest movie stars on the planet, was a box office bomb. What a shame, because this film is marvelous. It’s visually stunning. Hoyte van Hoytema’s cinematography is so brilliant that the Oscars will likely ignore it, and it won’t receive a nomination. The same goes for Brad Pitt’s beautiful performance. He approached his character, Roy McBride, with a very simplistic technique. In fact, for people who aren’t watching closely, they might say that he’s not even showing any emotion. However, he performs so well that the slightest facial twitch, or a small glance of his eyes can display a world of emotion, which actually had me tearing up, a complete rarity. However, what made Ad Astra so brilliant was that it was much more interested in what was on Roy’s mind than massive action scenes. The film has its fair share of action, including a scene involving a monkey that might be one of the scariest things I’ve ever seen. But, all of the action is usually focused on how Roy is reacting to it, rather than what’s going on around him. In the end, Roy’s arc ended with such beauty that I left the theater speechless. Ad Astra is the only 2019 film to receive an A+, and is definitely the best film of the year.