Amateur guide for the sport played on the gridiron 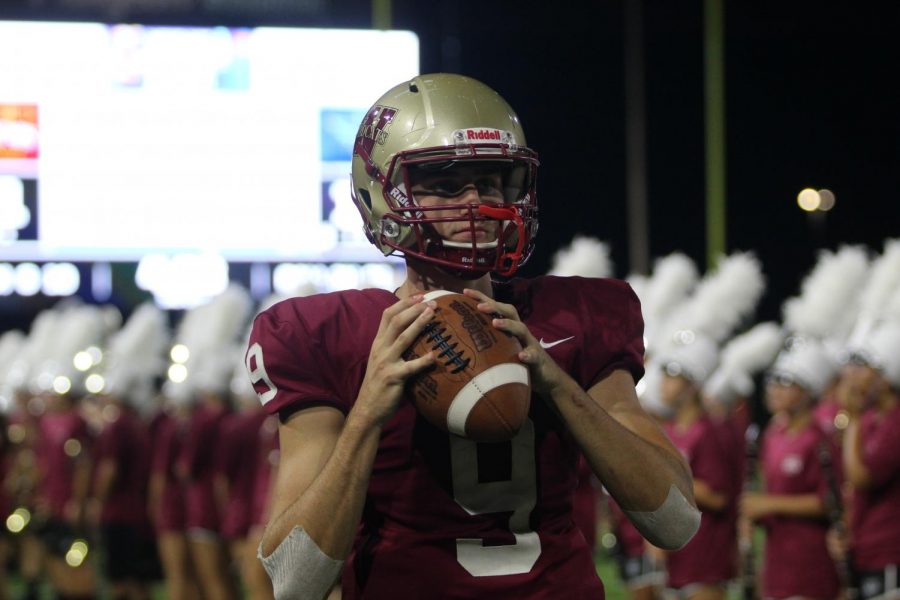 Senior Jackson Jones winds up for a throw at varsity football game against Tomball-Memorial on September 13.

We’re now in the thick of the American football season. It has been a great season so far and there is still so much remaining. For those of you who are die-hard fans, you already know how this all works. However, for those of you who are currently not fans or are unaware of the games, this article will help you understand why football is such a cherished sport that millions love to watch.

Football is a game that lasts 60 minutes and is divided into four quarters with a halftime. A coin toss is used to select who gets the first possession and the game officially begins after one of the two teams kicks the ball off to their opponent. The field stretches out to 100 yards, with 10 extra yards on each side for a touchdown end zone and a field goal post. If they ball stays in the endzone or falls outside the endzone, the ball will be placed on the 25 yard line, where the receiving team will begin their drive.

Once a team’s 11 players get on the field, a team starts their drive with a 1st & 10. They’re given four tries to completely get past the 10 yard mark. If they don’t, the opposing team will get the ball. Although most of the time, teams will choose to punt the ball after three plays if they don’t surpass the 10 yards.

On the other hand, if a team passes those 10 yards and reaches a touchdown, they’ll be given six points for the score and then they will be given the opportunity to kick an extra point or go for a two point conversion(score regular touchdown from the two yard line after a team scores a touchdown for six points). Or if the offense gets in a 40 yard range of the touchdown without scoring a touchdown, the offense can opt to kick a field goal and if they make it between the uprights on the goal post then they will get three points.The goal of all NFL teams is to win a Superbowl, and the only way to get there is to win the majority of their games.

In close games, if a team is down by a small margin, they can take an onside kick. According to Sportingcharts.com, an attempt by the team that is kicking off to kick the football so that they can recover it. An onside kick can be recovered by the kicking team only after it travels 10 yards beyond the point where it was originally kicked. If the kicking team touches the ball prior to it traveling 10 yards, or if the kick goes out of bounds, it is a penalty and the receiving team gains possession of the football. Once the clock hits zero, whichever team has more points is declared the winner. These wins add up to an eventual playoff seed and from that a chance at the Superbowl trophy a.k.a Lombardi Trophy.

That’s the entire guide for those people who needed assistance on learning about what pro football is and how it is played. Now it’s time to make some time in your Sunday, Monday or Thursday nights to turn on the NFL network or ESPN, and watch the game that’s played on the gridiron(another term for football).