Top teams racing towards number one overall draft; who will get there 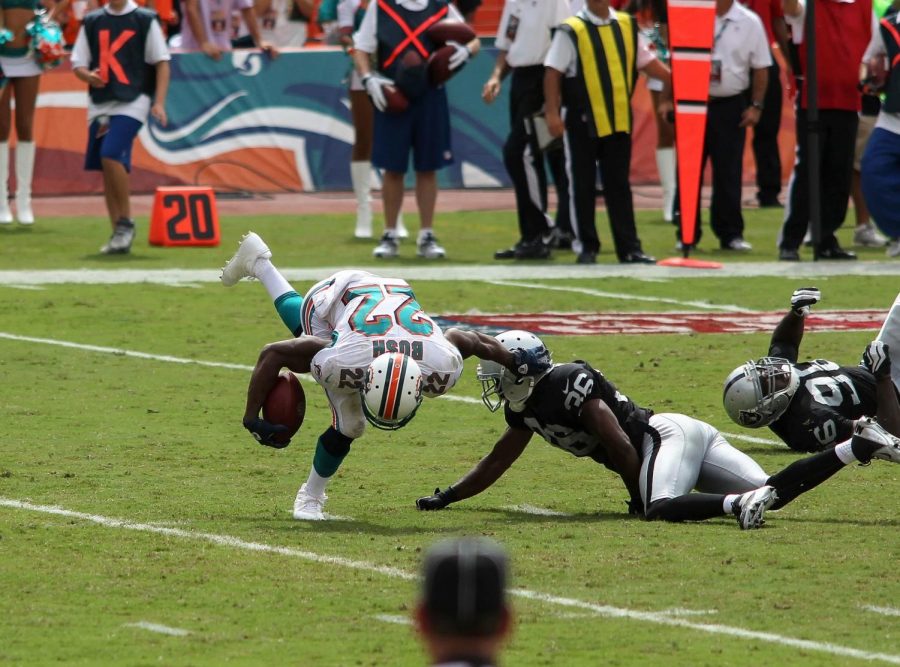 Through half of the NFL season, teams are starting to find out who they are and what their plans are for the future. While some teams have real aspirations for a Super Bowl, there are a decent amount of organizations who are now more focused on getting the futures next best player in the upcoming NFL draft.

The first and most talked about team is the Miami Dolphins. Since this team wasn’t expected to go far this season, their intentions for the entire season became apparent pretty early. The Dolphins began their season going 0-7, and clearly had their eyes on getting the number one overall pick in the 2020 NFL draft . They also have allowed 34.0 points per game (most in the league) while only averaging 11.0 points per game offensively (least in the league). Another rationale for the Dolphins’ little success is that they just signed a new head coach, Brian Flores, so they had to get acclimated to the new scheme that was brought by Flores from his time in New England. Coming with this horrible record, players began to demand trades in order to join more stable teams, that are in shape to win, than the Dolphins. One name in particular began a run of players demanding trades. His name is Minkah Fitzpatrick. Safety Fitzpatrick was a top 12 pick in the 2018 NFL draft and he also had won two College Football National Championships with the Alabama Crimson Tides. The Dolphins also shipped their best starting offensive linemen, Laremy Tunsilto, to the Houston Texans. Tunsil was one of the most promising young talents and they just shipped him away. This team is currently in “tanking” mode and it’s clear to see. However, this team was able to get their first win in an upset over the next tanking team: the New York Jets.

The Cincinnati Bengals are one of the hardest teams to watch. This team seems to have potentially great players on their roster, however, it seems like they can never really take that next step. A common characteristic of each tanking team is that they’re all welcoming new head coaches who  come with a new culture and scheme of play. For the Bengals, his name is Zac Taylor. Although their offense has slightly improved, their defense is as horrid as last year, if not worse. They’re giving up the most rushing yards to opponents and, as a result, they’re allowing the most total yards to opponents. This team just a few years ago was playoff contenders and back in 2015 they started their season 8-0. However, this season they’re 0-8 and have now begun a transition to new rookie quarterback, Ryan Finley. The long time starter for the Bengals, Andy Dalton, looks to have seen his last time in the orange and black. Ultimately, with this slow start, bad defense and a whole new system, the Bengals are looking to submit their ticket into the top three of the next draft if not the first pick.

The New York Jets are a complete dumpster fire. Coming into the season with higher expectations, the Jets have definitely underachieved.  The Jets’ season began with their star young quarterback, Sam Darnold, contracting Mono disease. Since that point, the Jets have never seemed to click with new coach, Adam Gase. In fact, during the off season Gase was fired from his head coaching job in Miami because the team he ran in Miami never really achieved what was expected of them. Due to the poor play calling and an absent starting quarterback, the Jets couldn’t even score a touchdown in weeks two through four. Now what adds them to this list is their crushing defeat to the Miami Dolphins. For the first half of the season, it was clear that the Dolphins had the worst team, however, for the next eight weeks it should be expected that the Jets will become the league’s worst team and should obtain the number one overall pick for the next NFL draft.

With all these underachieving teams looking to get the first pick, it’ll definitely be a close race for who will eventually take star quarterback Tua Tagovailoa from the Alabama Crimson Tide.